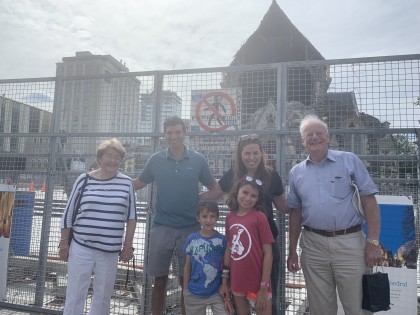 Looking towards the Cathedral across the square

On a very hot day, people walk across Cathedral Square . A ... 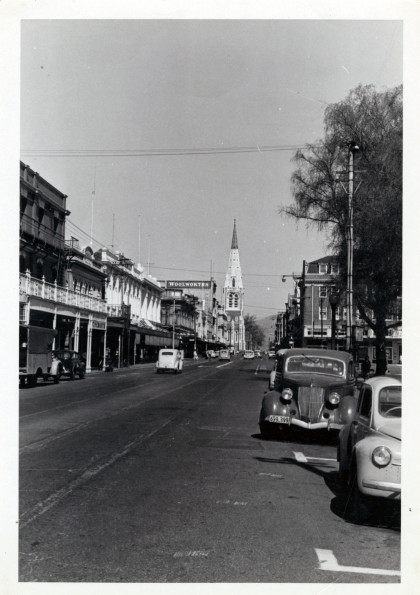 Colombo Street looking south towards Cathedral Square a sign for ... 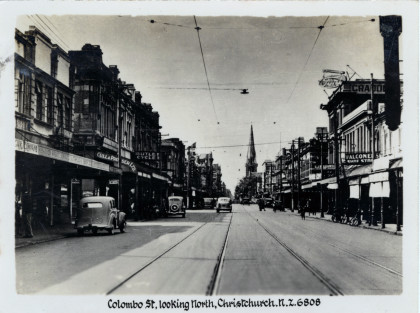 People sitting on steps outside the ChristChurch Cathedral. 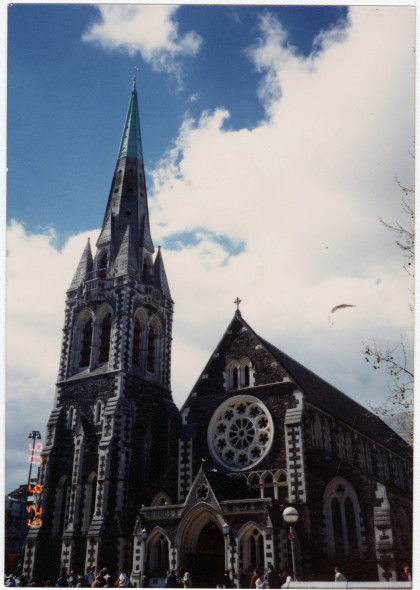 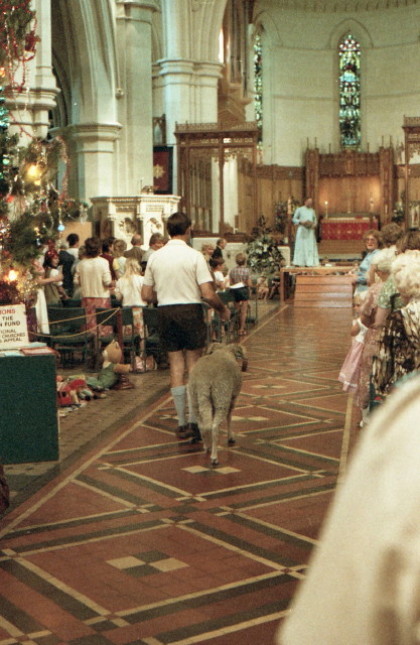 Workmen on the Bank of New Zealand building

Workmen warming themselves with fires on top of the BNZ ... 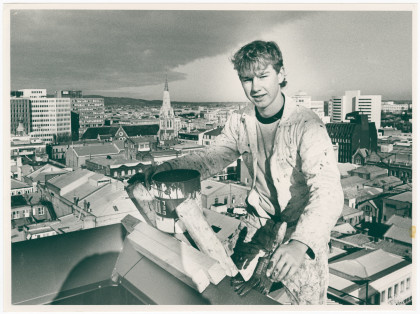 Brendan Kiesanowski, on the top of the 11 storey Bank of New ... Construction worker on the Bank of New Zealand building

Craig Parsons, construction worker, on top of the Bank of New ... 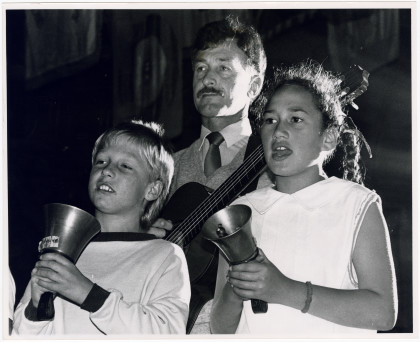 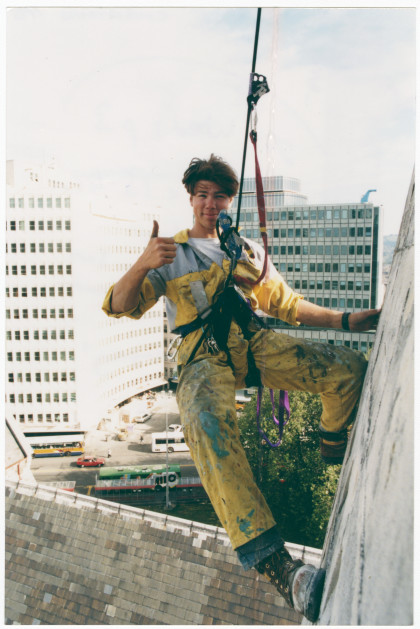 Installation of Christmas lights on the Cathedral

Luke Golemanov of the Abseiling Company, abseiling on the spire ... Geoff Hocken, the electrician for ChristChurch Cathedral, and ... John Allen placing the star on the Christmas tree in the ... A child, Stephanie Croft, with Christmas the goat at ...