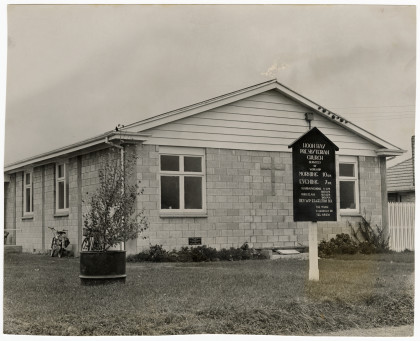 St Paul's Presbyterian church on the corner of Cashel Street and ... 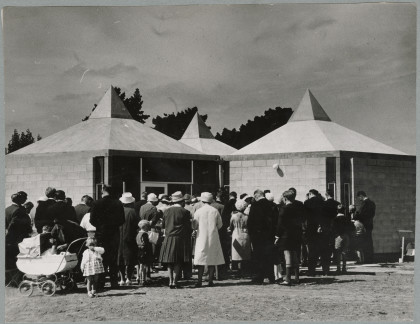 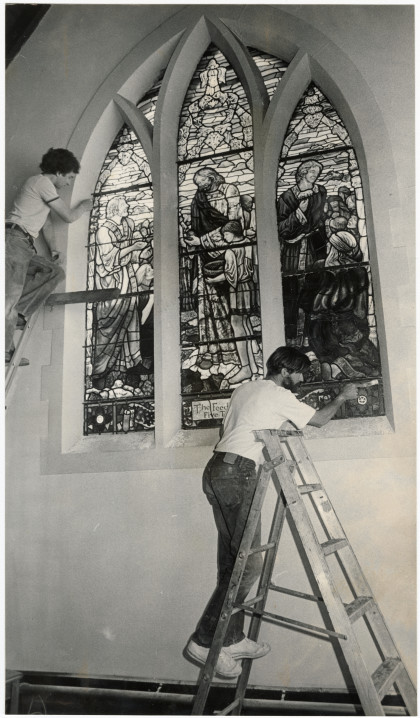 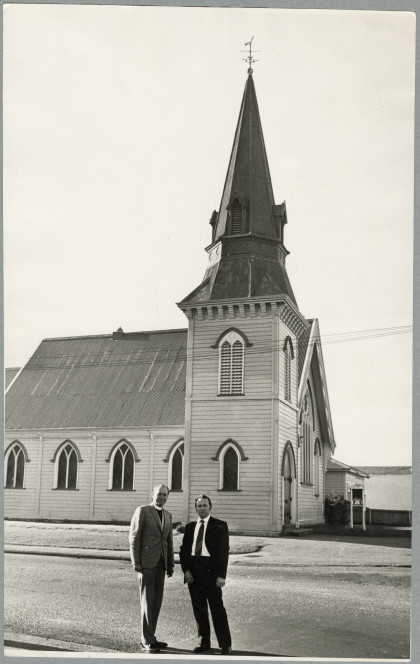 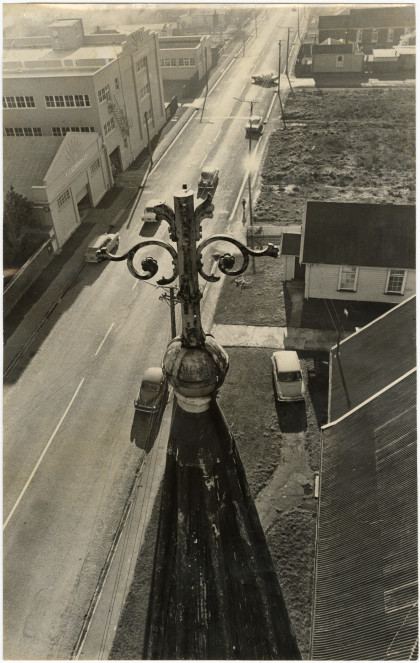 Looking down the spire on St Peter's Presbyterian church at ... 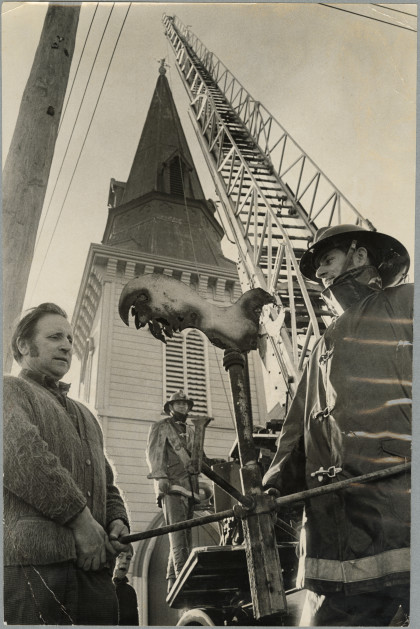 C.G. Rae and F.L Cleveland with the weather vane of St Peter's ... 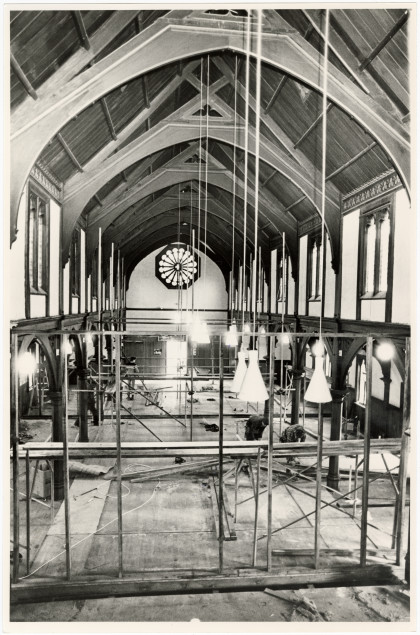 Preparations for the relocation of St Andrew's Presbyterian ... History of the Anglican church in Lyttelton

Plaque explaining the history of the Anglican church in ... Peter Ballard on the roof of the former Trinity Church, now ... Preparing the interior of the State Trinity Centre for opening. Restoration of the interior of Trinity Congregational Church ... The State Trinity Centre prior to its opening.