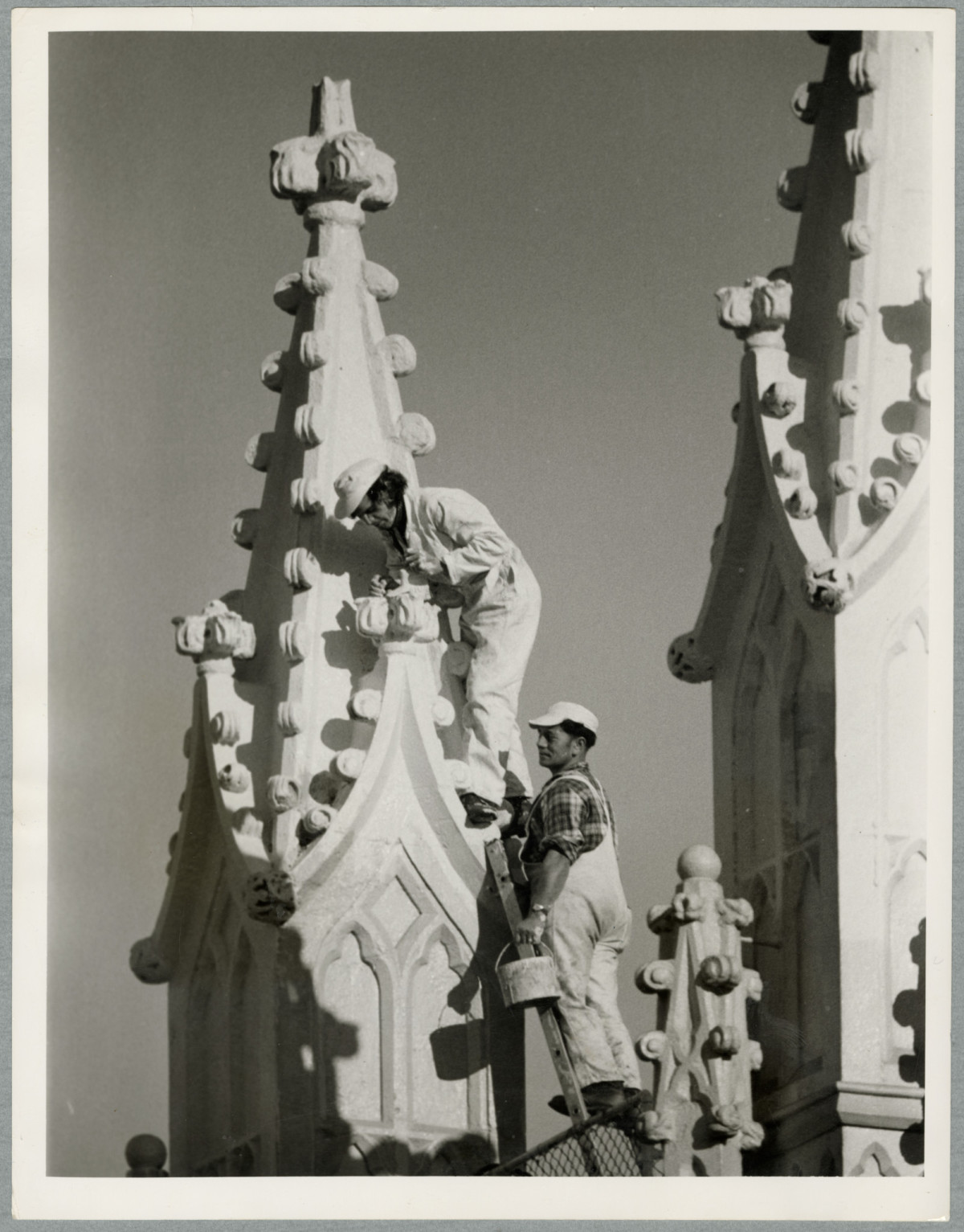 Two Christchurch painters working at the top of the tower at St Mary's Anglican Church on Church Street, Timaru. 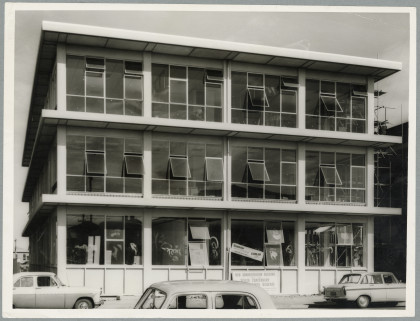 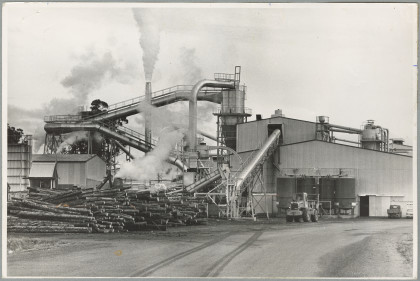 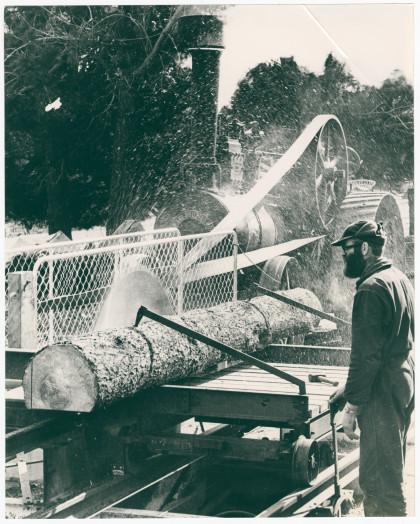 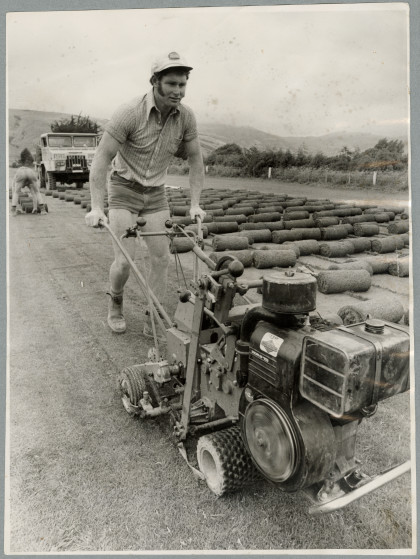 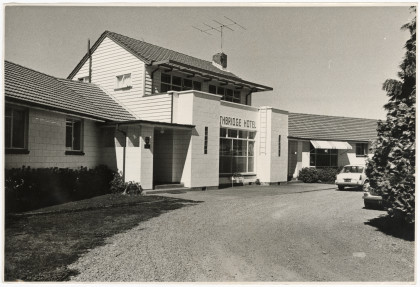 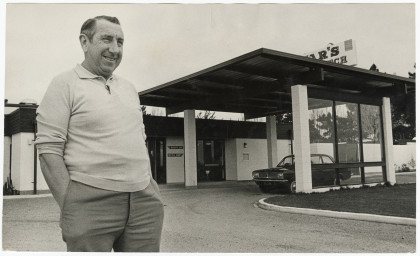 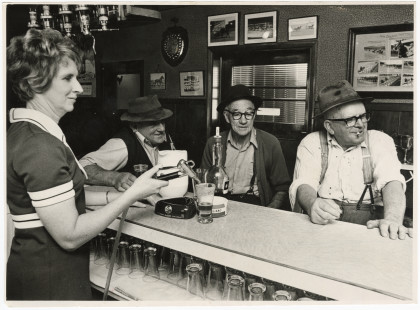 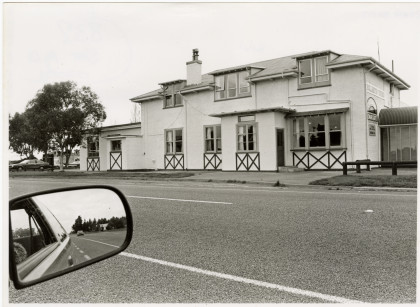 Anna Rossiter and Hayley Nicholls building with Lego at ...