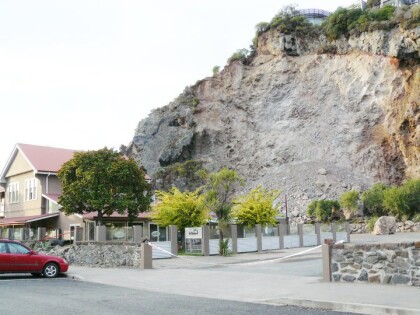 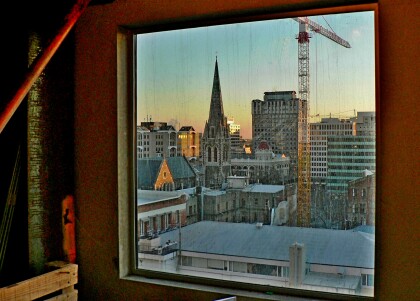 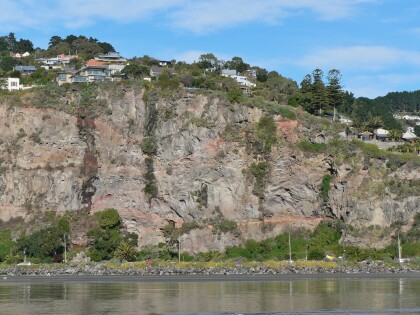 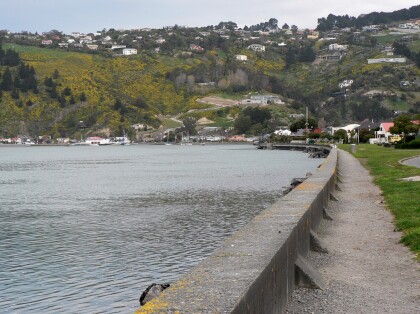 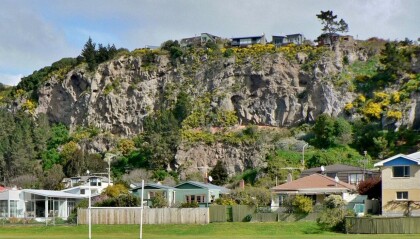 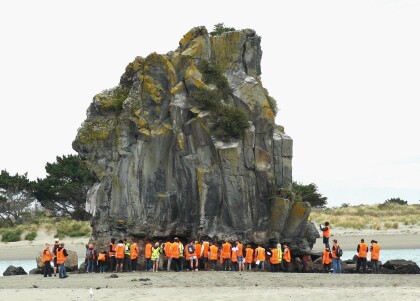 Redcliffs Park and houses in the foreground, with collapsed ... Closeup view of Lyttelton Timeball Station. A seagull is perched ... View of Mount Pleasant from across the Avon-Heathcote estuary.