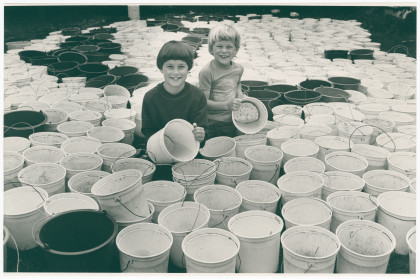 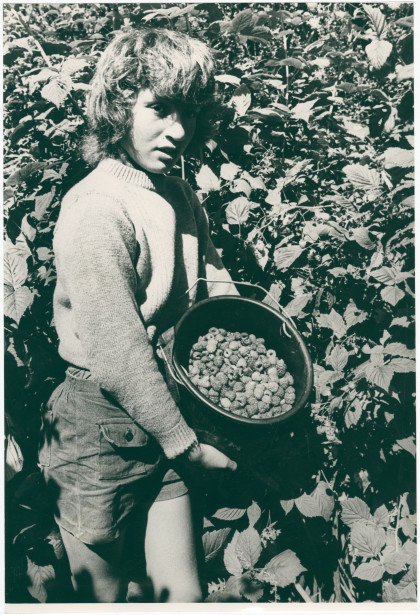 Kenneth Buchanan with a bucket of raspberries. 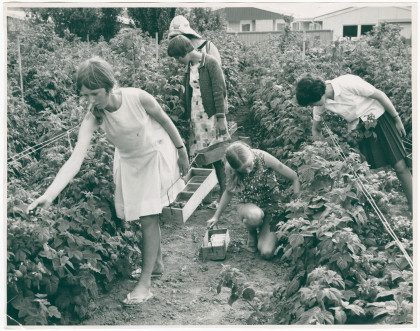 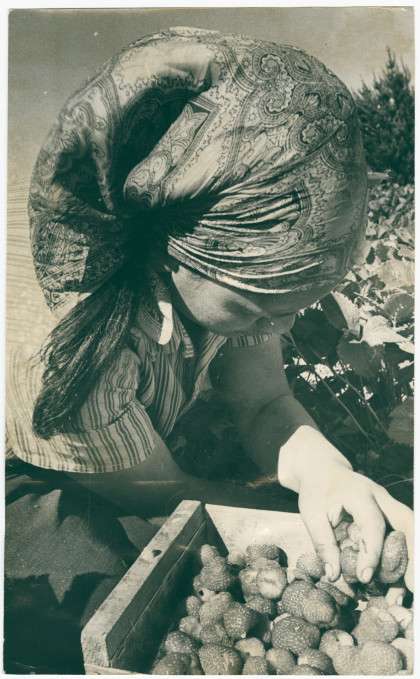 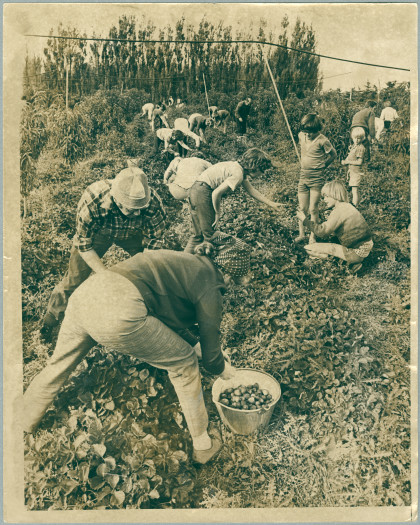 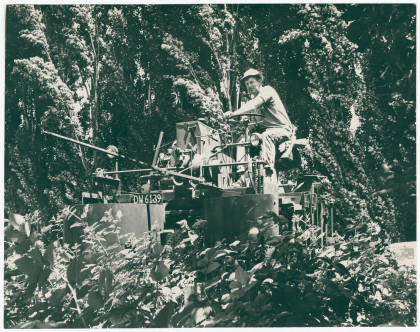 Murray Robertson drives a raspberry picking machine on the ... 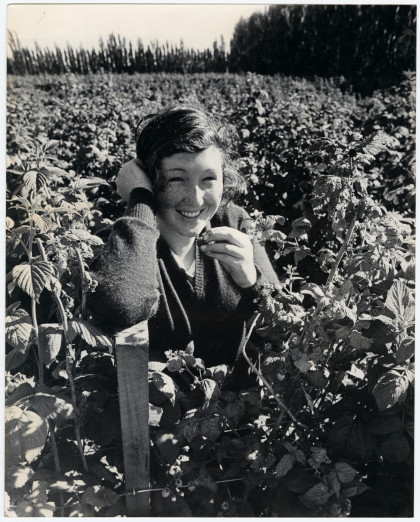 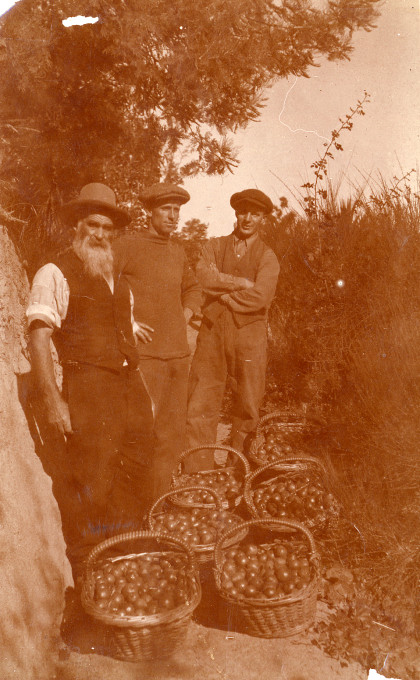