A man taking a carefully staged photograph of his motorcycle in ... 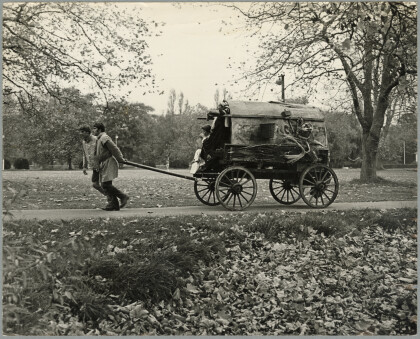 Christchurch Teachers College with a wagon in Hagley Park ... 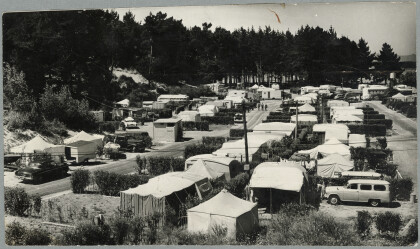 View across caravans and tents at the camping ground at Kairaki. 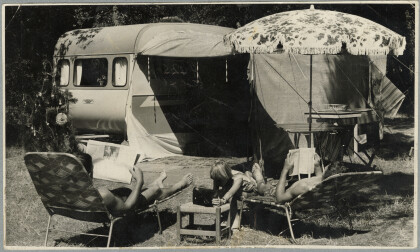 The Yellowlees family camping at Woodend 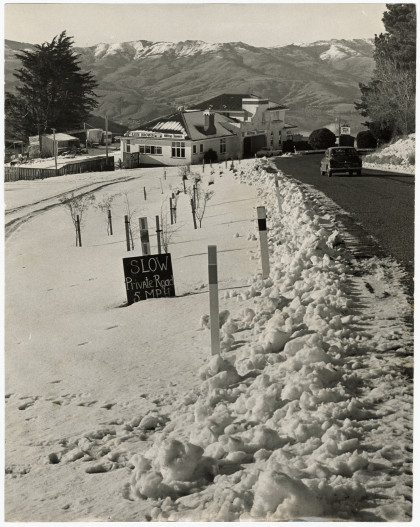 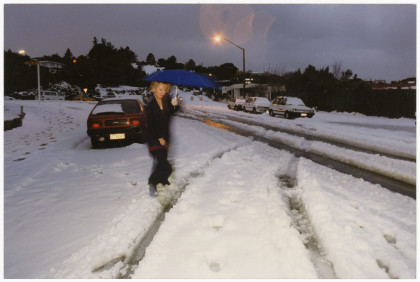 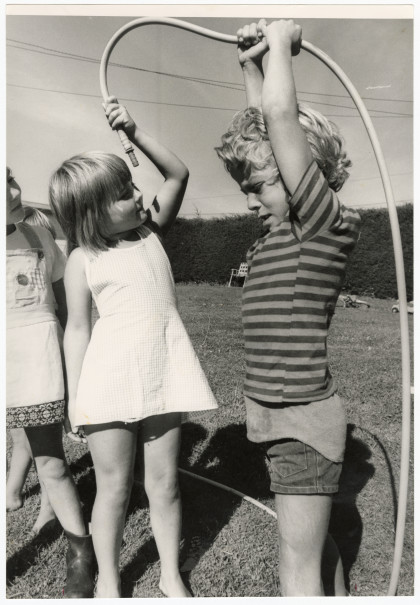 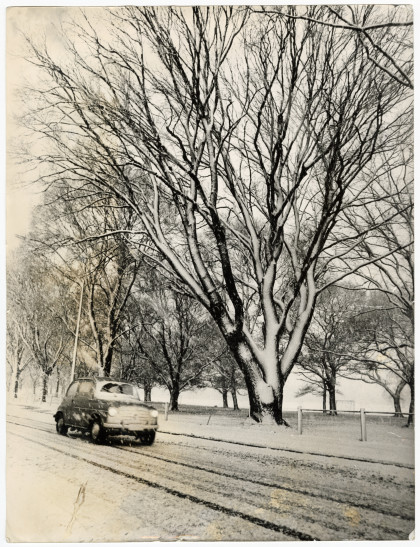 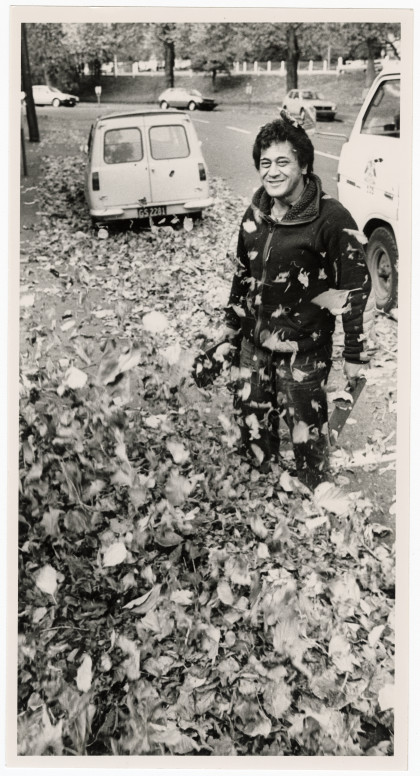 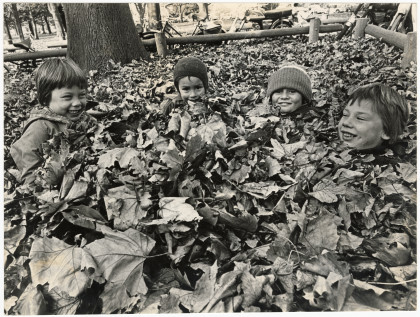