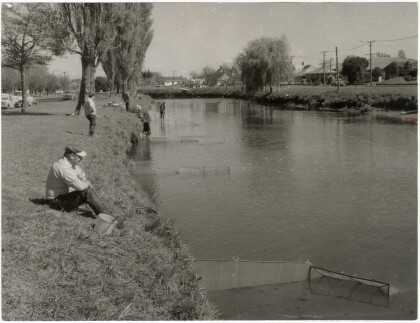 Whitebait nets in the Avon

Whitebaiters with nets in the Avon River in the vicinity of ... The Minister of Overseas Trade, Mr Talboys, examines a lambskin ... 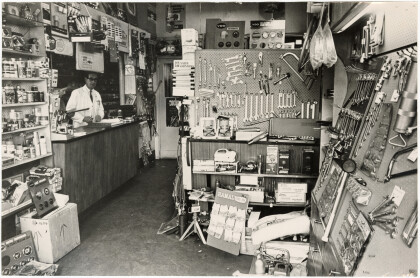 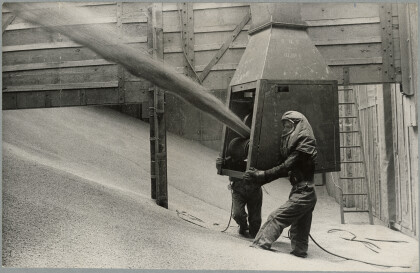 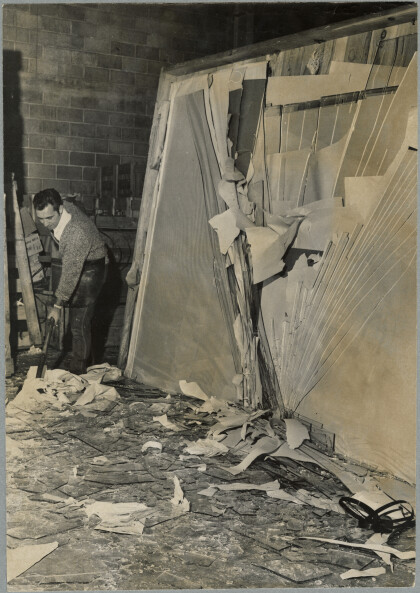 View of broken plate glass which was broken in the hold of the ... The beach at Kairaki near the mouth of the Waimakariri River ... 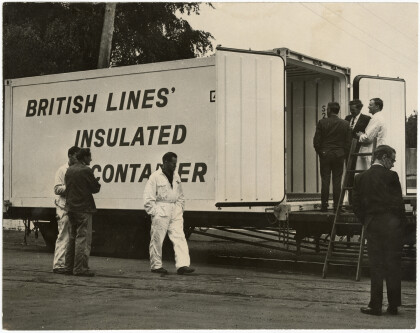 A British Lines insulated container at Islington which could be ... The last morning call at the Christchurch Stock Exchange's ... 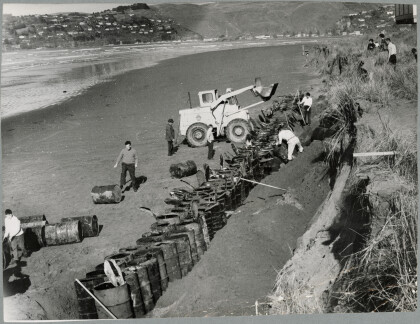 Workers creating a breakwater of sand filled drums at New ... 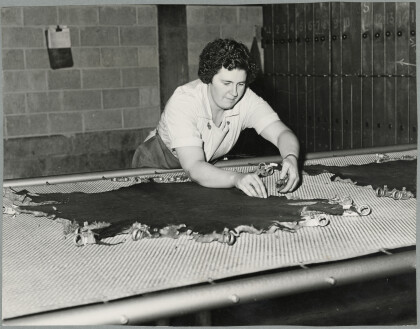 Sheepskins being pegged to perforated zinc for drying in a ... 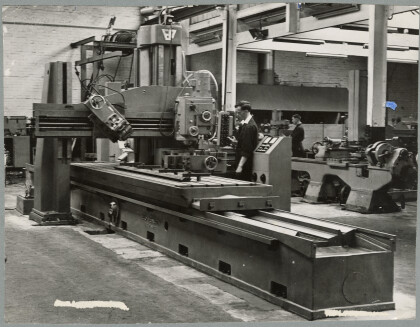 Planning and milling machine at Scott Brothers Limited on ... 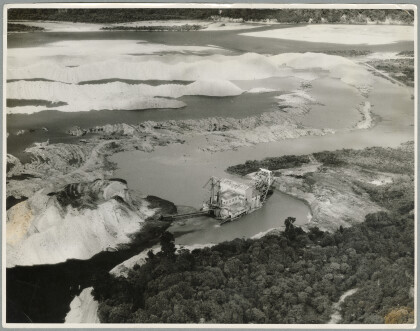 The Kanieri Dredge working on the Taramakau River. Leather saddle being made at E. Truscott and Sons on the corner ... A worker with technical equipment at the Addington totalisator. Operating the totalisator at the Addington Raceway. Possum skins being sorted in a Christchurch store. Demonstration of an electronic ticket issuing machine and ... Tanners splitting a hide into two layers prior to tanning. Bales of deer skins prepared and ready for shipment. Deer skins being untied and graded in a central city store. A whitebaiter using a net to catch whitebait in the Avon River. Whitebaiting on the Avon River

Whitebaiting on the Avon River towards the Estuary.