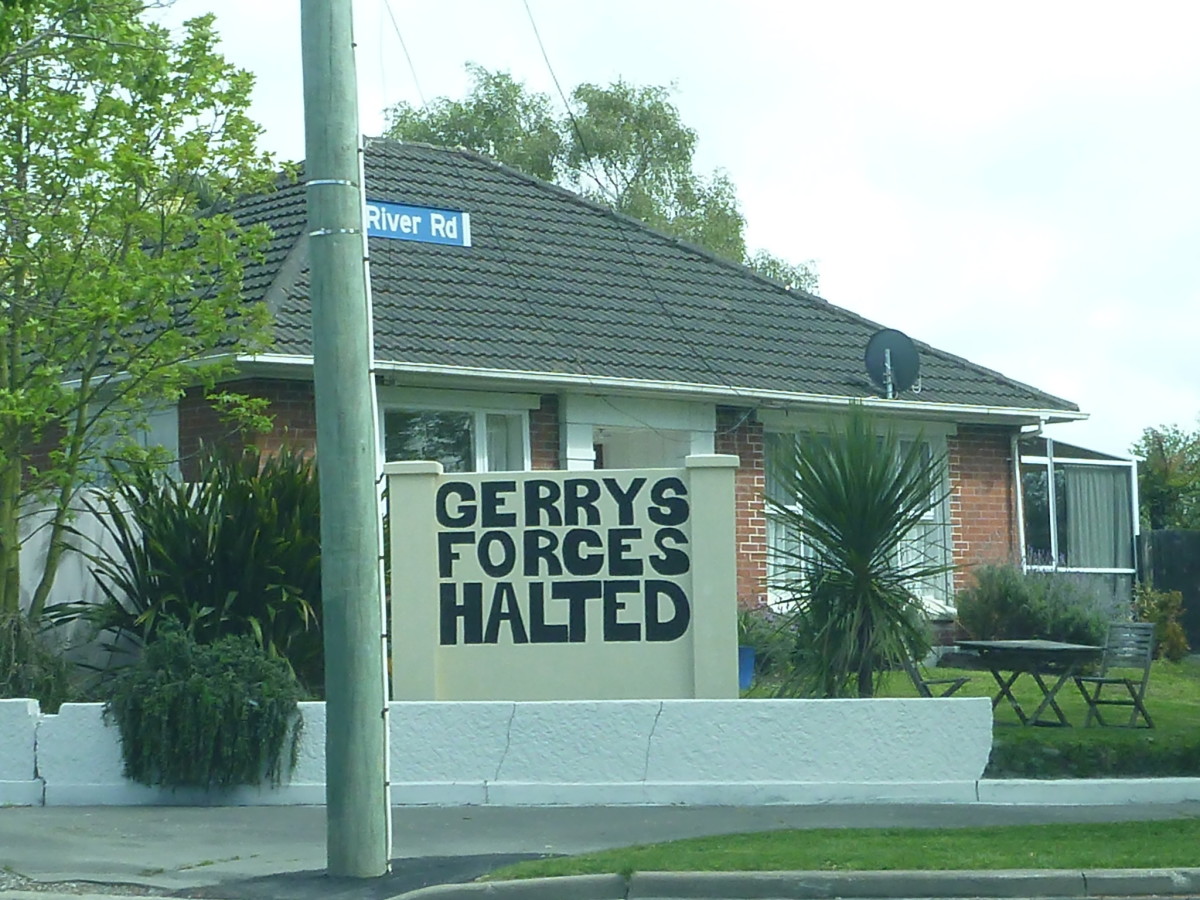 325 River Road, on the corner of River Road and North Avon Road. Demolition of houses in the Residential Red Zone stopped here for a while.