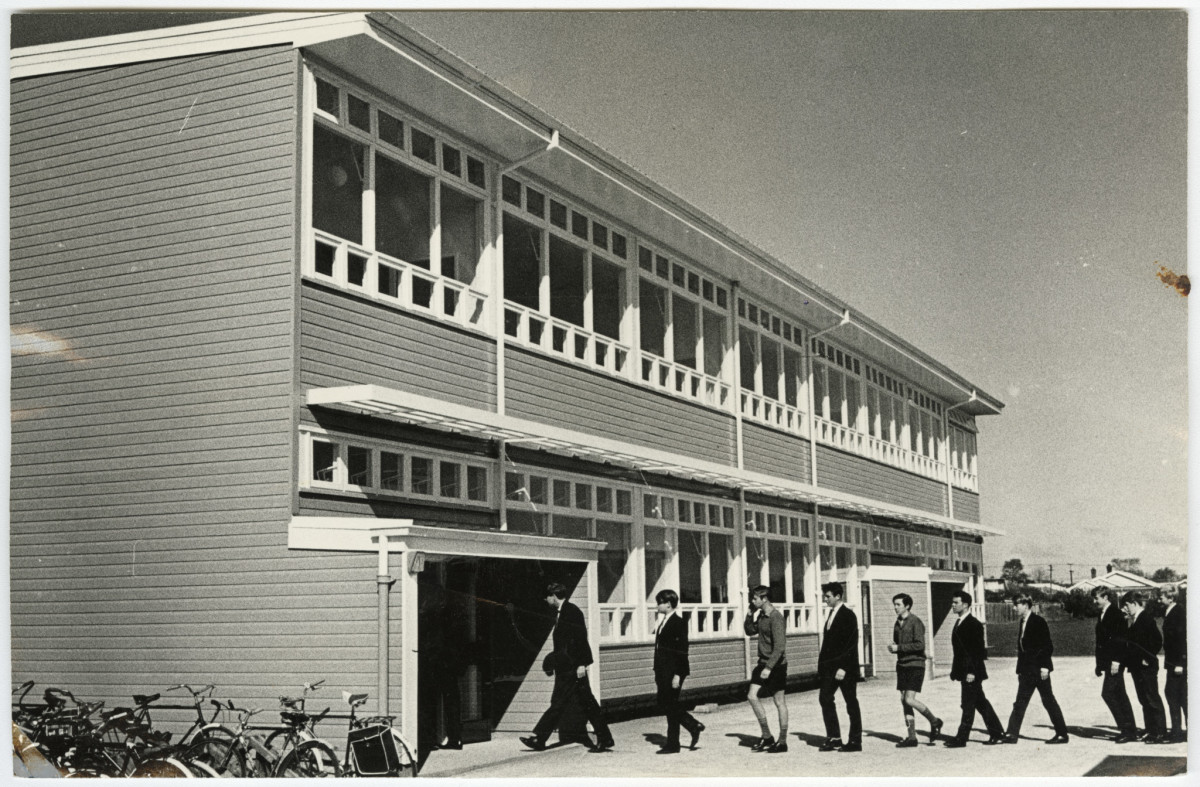 Exterior of the new two storey building at Shirley Boys' High School with a line of students going through the main entrance.