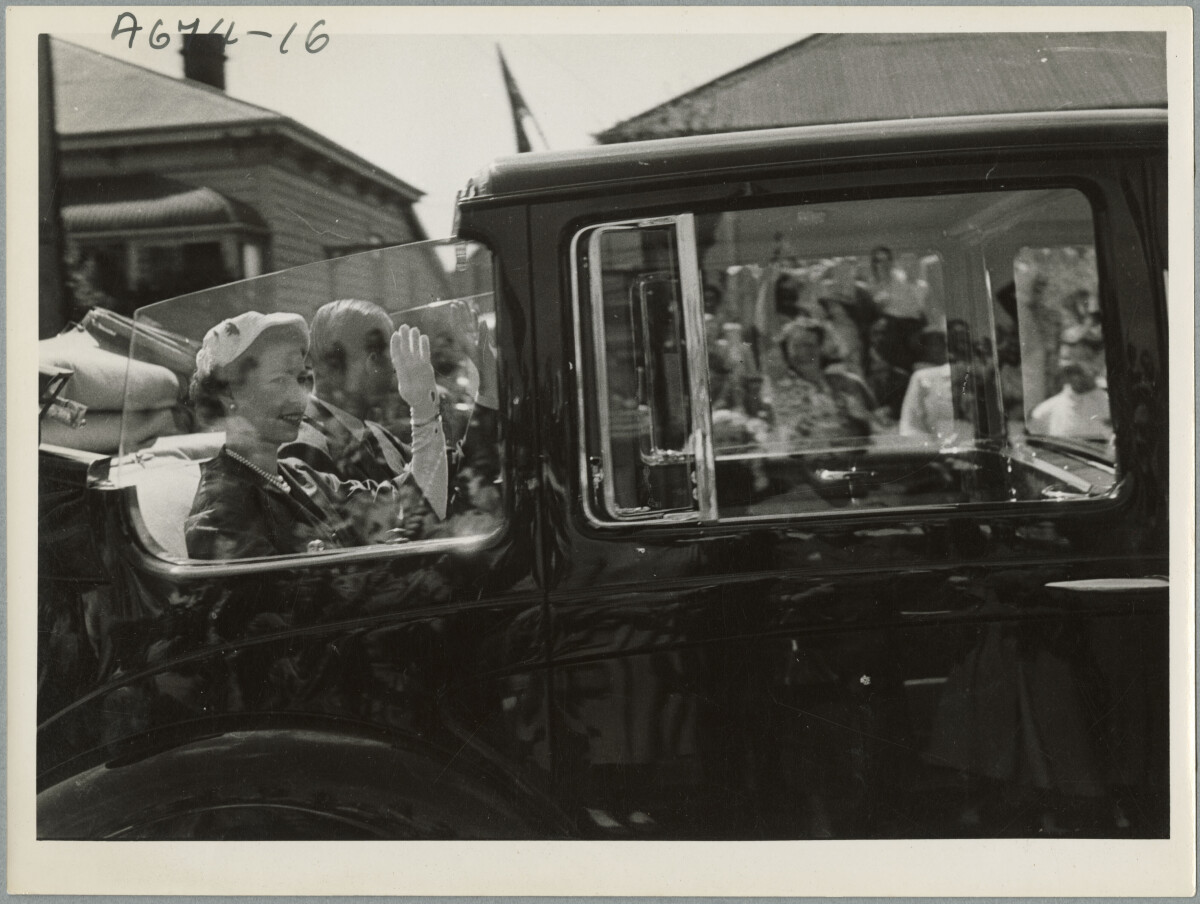 Photographs taken by my late father Pete Basire of the ﬁrst visit by a Reigning British Monarch, Queen Elizabeth II and the Duke of Edinburgh, to New Zealand, Christchurch 18 -22 January 1954. Photo taken of the Royal couple on route to one of their many engagements, waving to the crowds, people and houses in the background.
Contributor’s note:
Large crowds enthusiastically greeted the royal couple at every opportunity. official events included; Civic reception in Cathedral Square, a ceremonial drive, Civic dinner, Civic Theatre, Civic garden party, Christchurch Cathedral, Investiture, the New Zealand Metropolitan Trotting Club at Addington, the Duke’s address to and luncheon with Canterbury Chamber of Commerce. Visits included; the Hospital Disabled Servicemen’s Training Centre, Lane Walker Rudkin Factory. 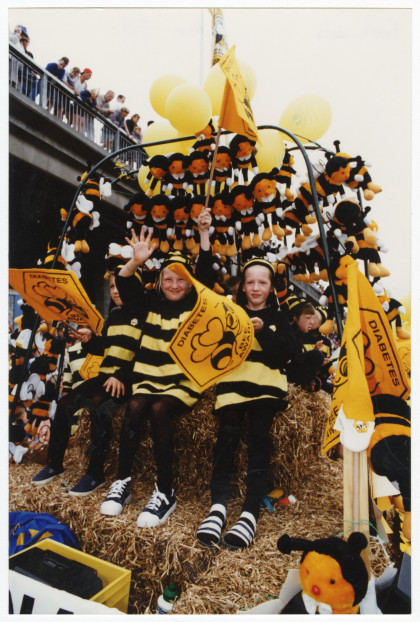 Children on a float dressed as bumble bees raising awareness of ... 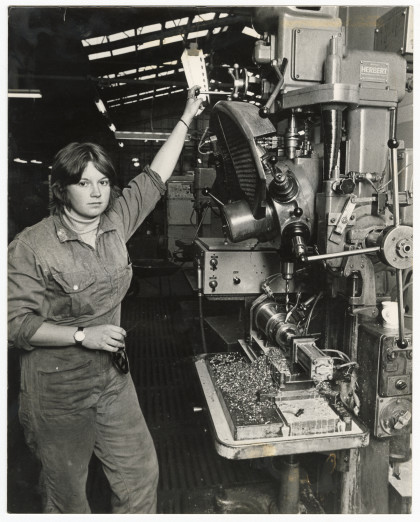 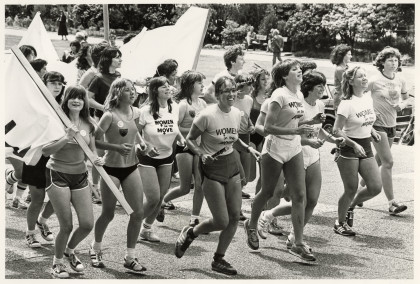 Women on the Move run

Participants in Women On The Move running. Some are carrying ... 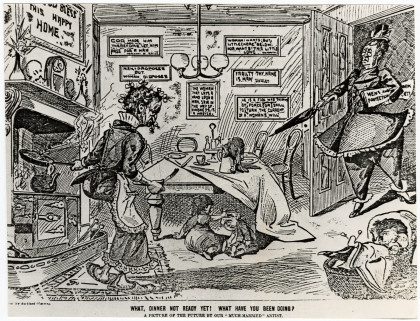 What, dinner not ready yet! What have you been doing? 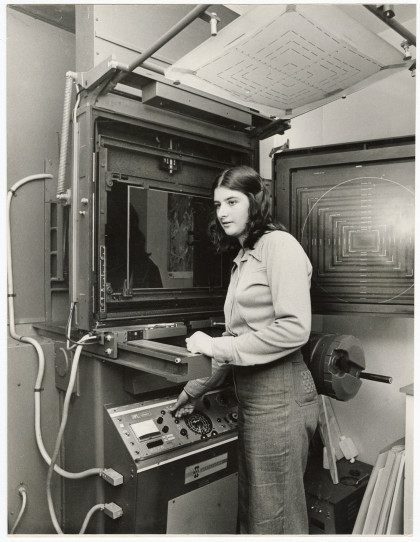 Donna Haupapa, apprentice paint and paper hanger, sitting with a ... 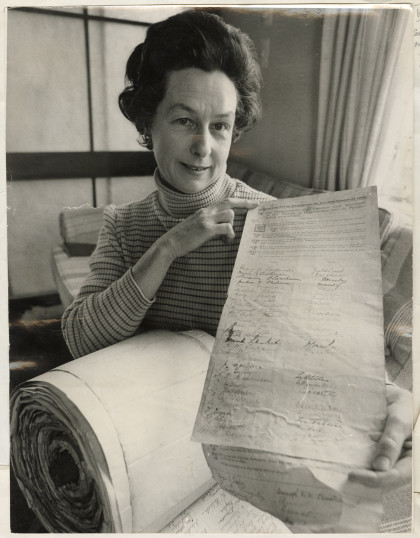 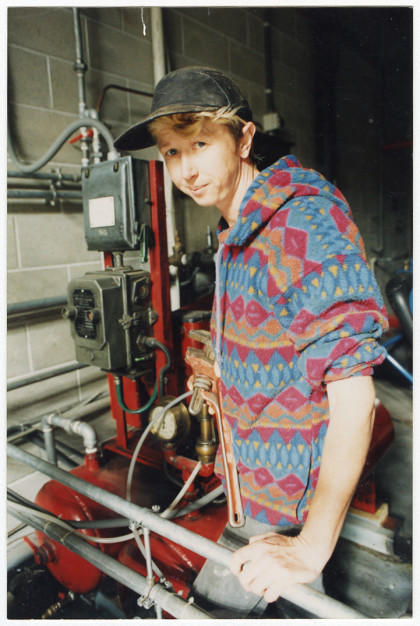 Oh! That explains the difference in our wages… The petticoat era - we have reached it at last 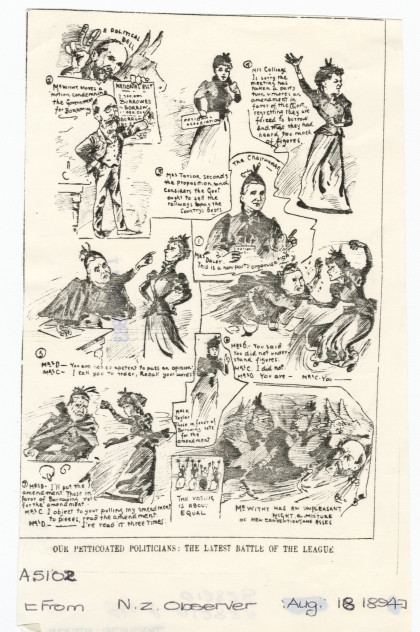 Our petticoated politicians: the latest battle of the league

Cartoon on the enfranchisement of women. First published in 1894 ... 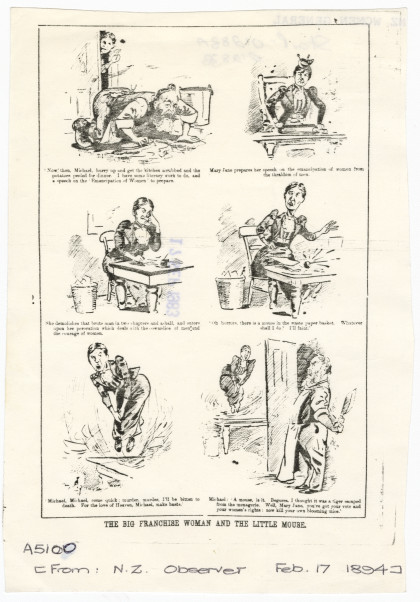 The big franchise woman and the little mouse

Cartoon depicts a woman who has received the vote wanting her ... Cartoon depicts Richard Seddon as a jailer, leading away the ... Plumbing course at the building centre

A. Bull, a registered plumber, demonstrates how to fix a leaking ... Military aircraft fly over Christchurch to mark the end of the ... Members of the Blue Triangle Club. Banner for the Canterbury Women's Institute

The new banner for the arts and crafts circles of the Canterbury ... Mary MacLeod with her mother, Joyce, and grandmother, Priscilla ... Excavator, bulldozers and grader of Gough, Gough and Hammer. Procession of trucks and trailers advertising the Contract 85 ... Pockets the clown aka Shane Samson

Pockets the Clown aka Shane Samson demonstrates how to erect and ...