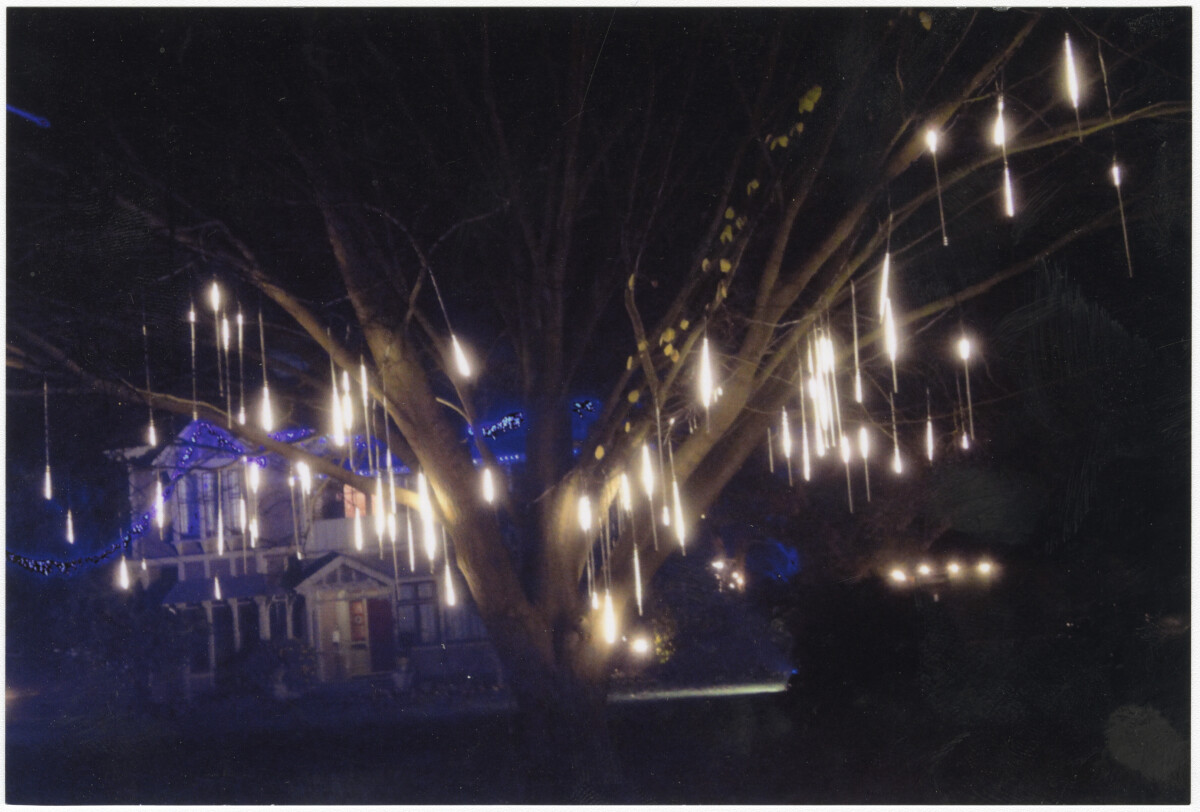 Avebury House illuminated for a festival