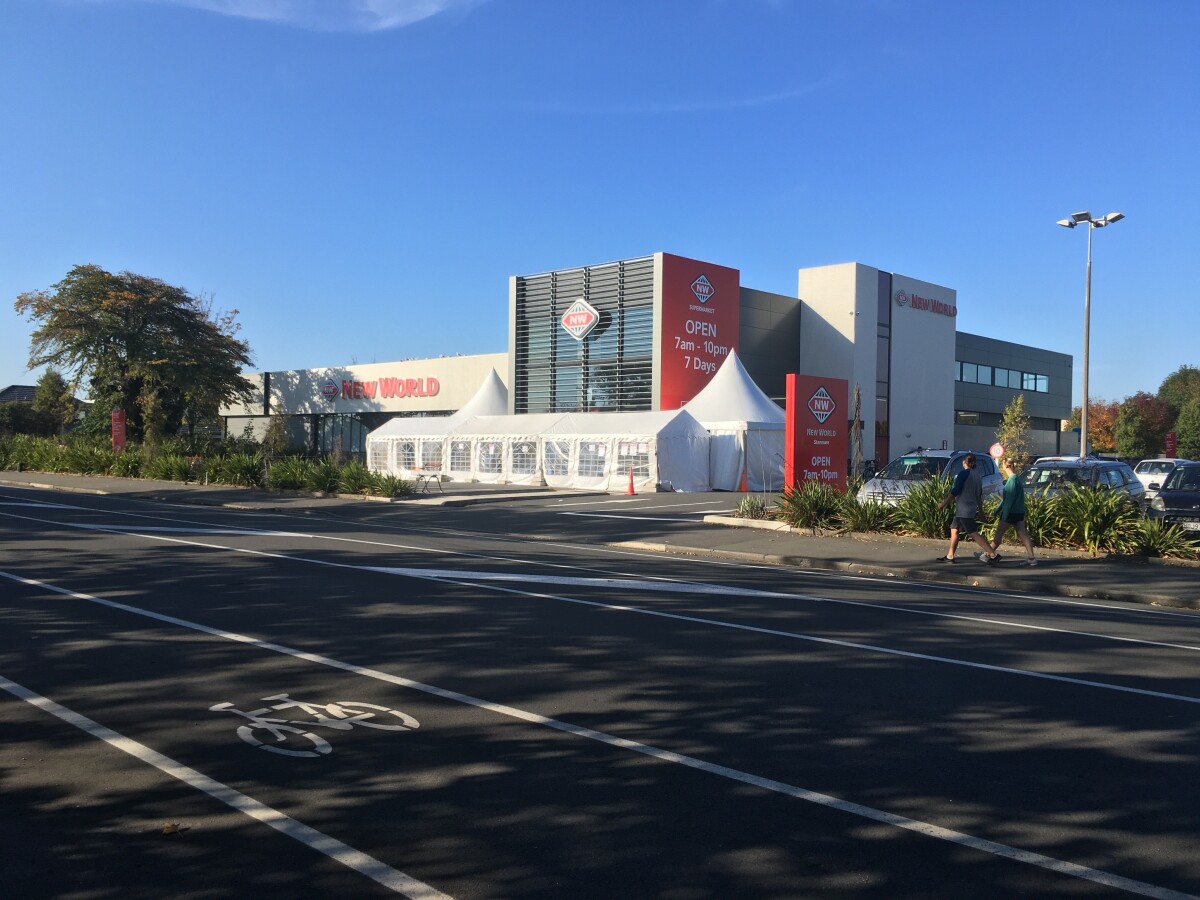 Tents have been put up for customers to wait while physical distancing rules apply during Covid 19 lockdown.