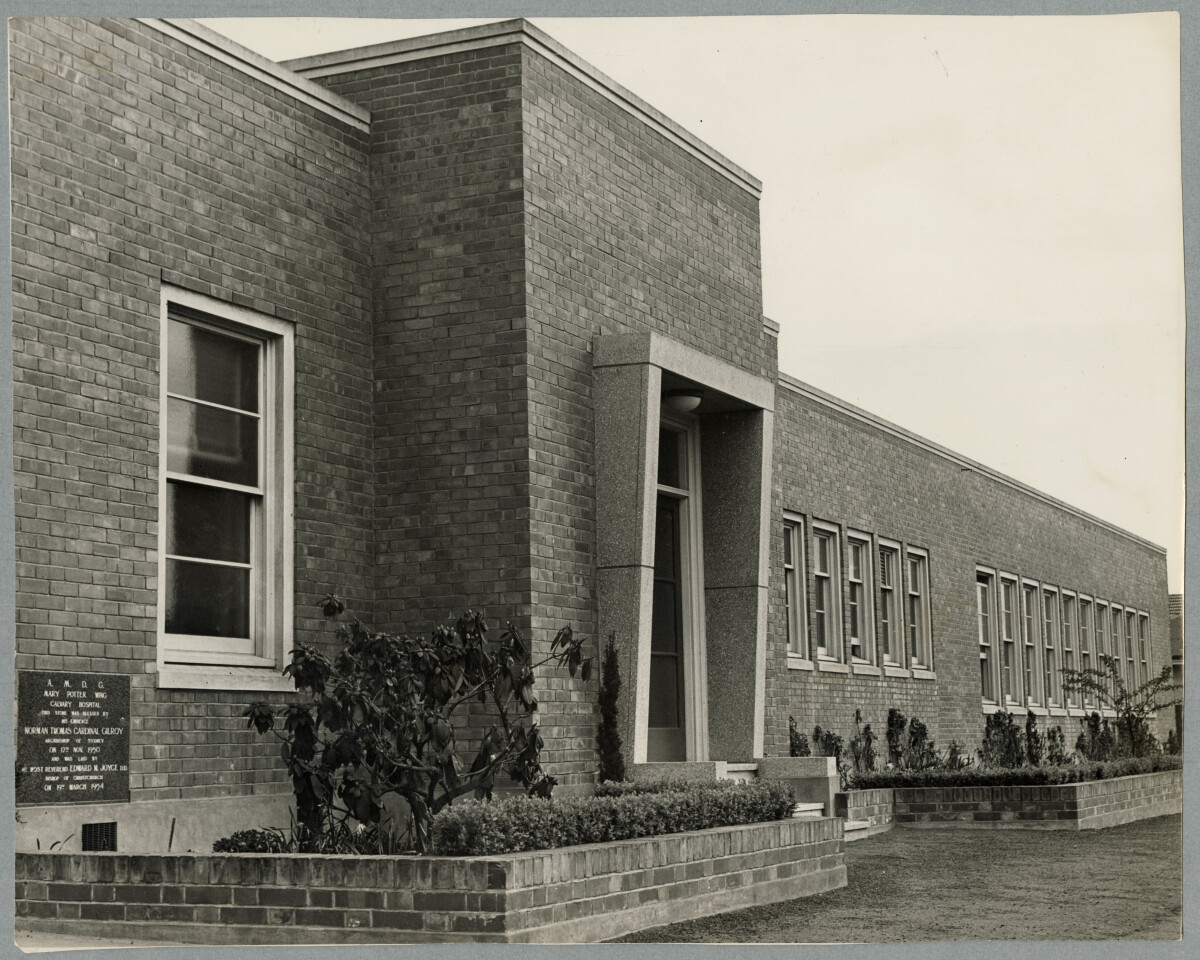 View of the front entrance to the Mary Potter Hospice for the Aged Sick on Caledonian Road.