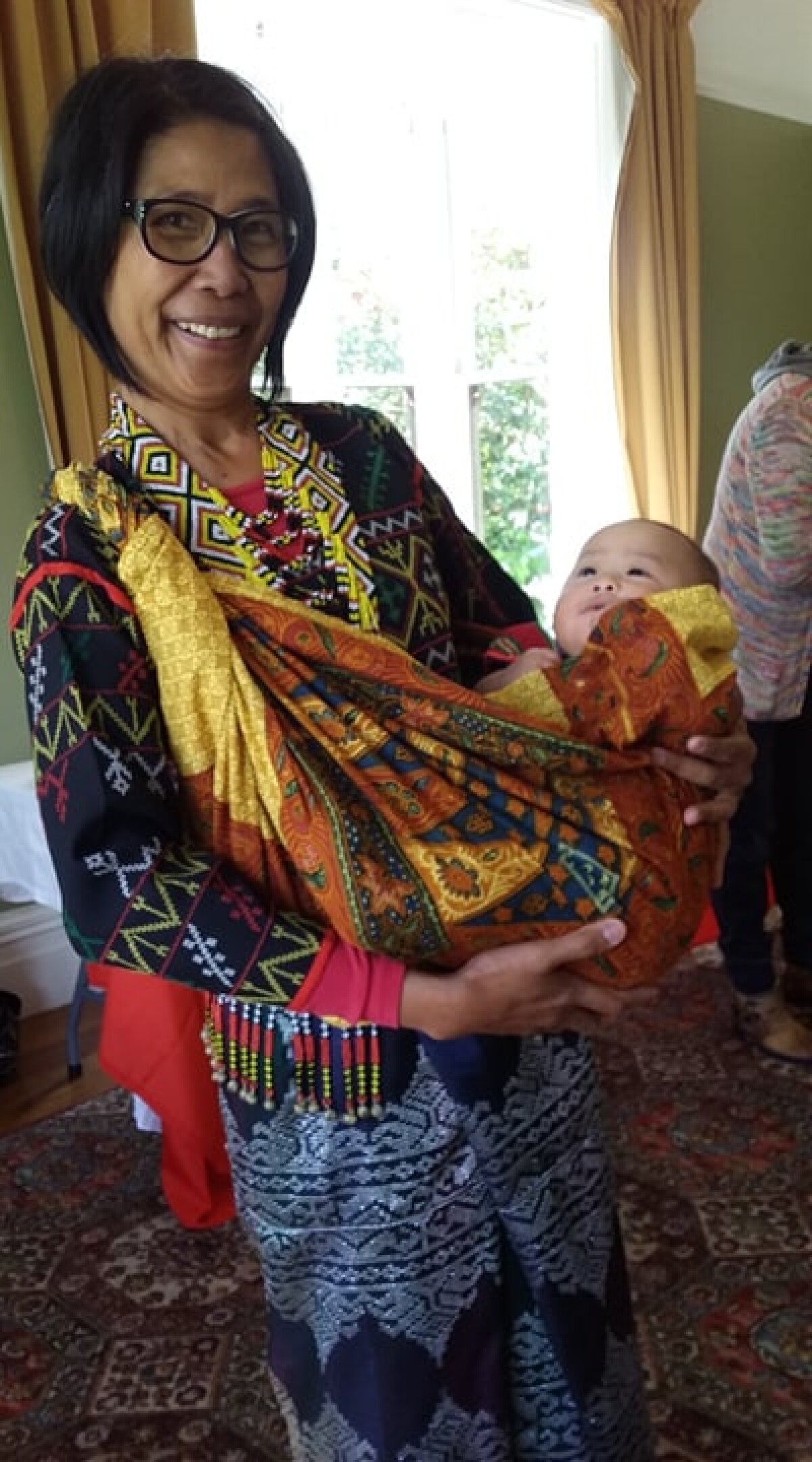 The malong is a large, wrap-around tubular garment, measuring at least 165 x 165 cm. They are used by the Maranao and Maguindanao from southern Philippines. It can be worn in many ways by women and men. In this photo, the malong was used as sling to carry a child. In an event at Avebury House's "A Taste of Culture" in celebration of the Adult Learning Festival week, the guests discovered different cultures including the Philippines and had the opportunity to learn on how to use the malong.