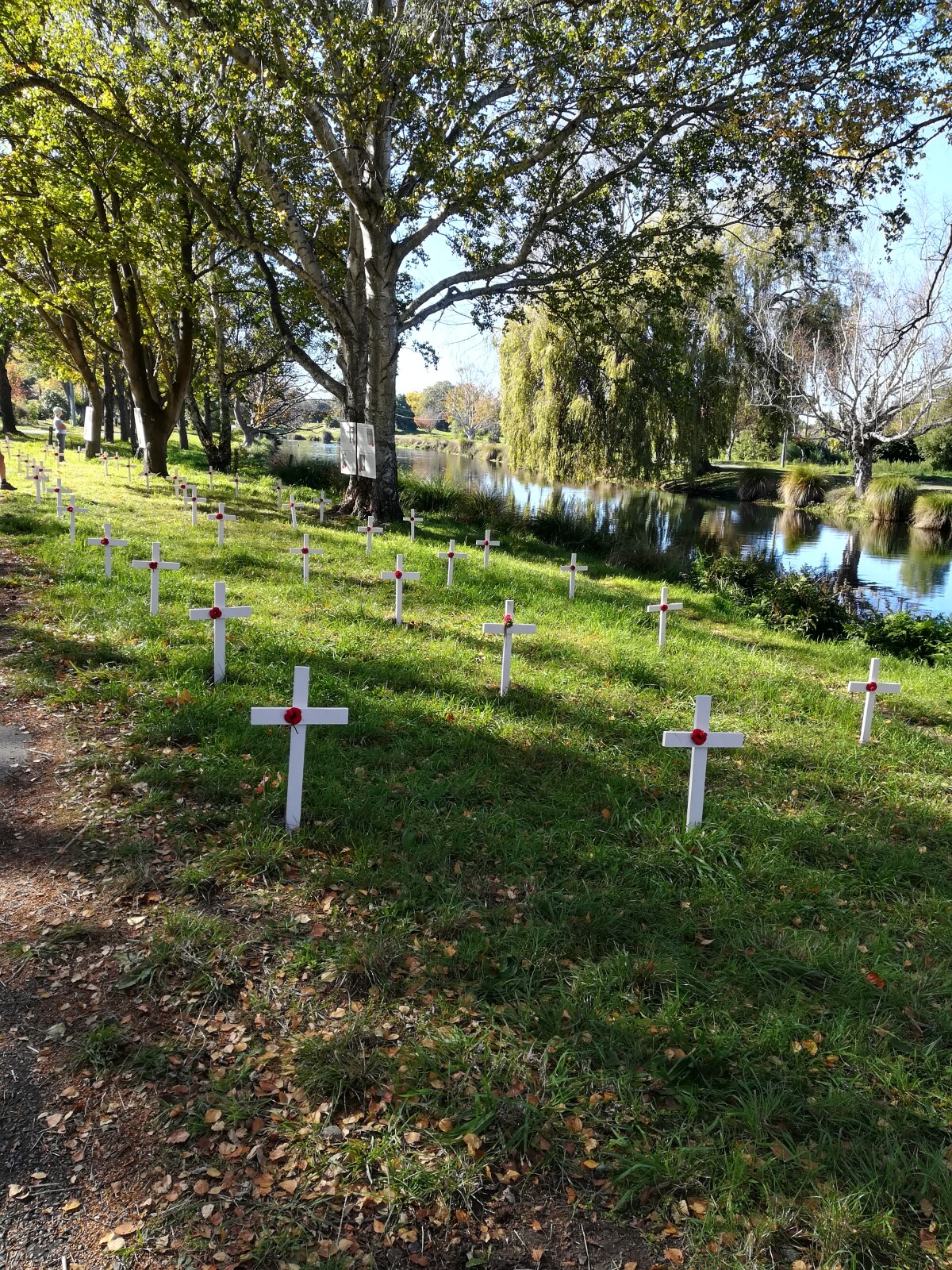 ANZAC crosses on River Rd, in the red zone.