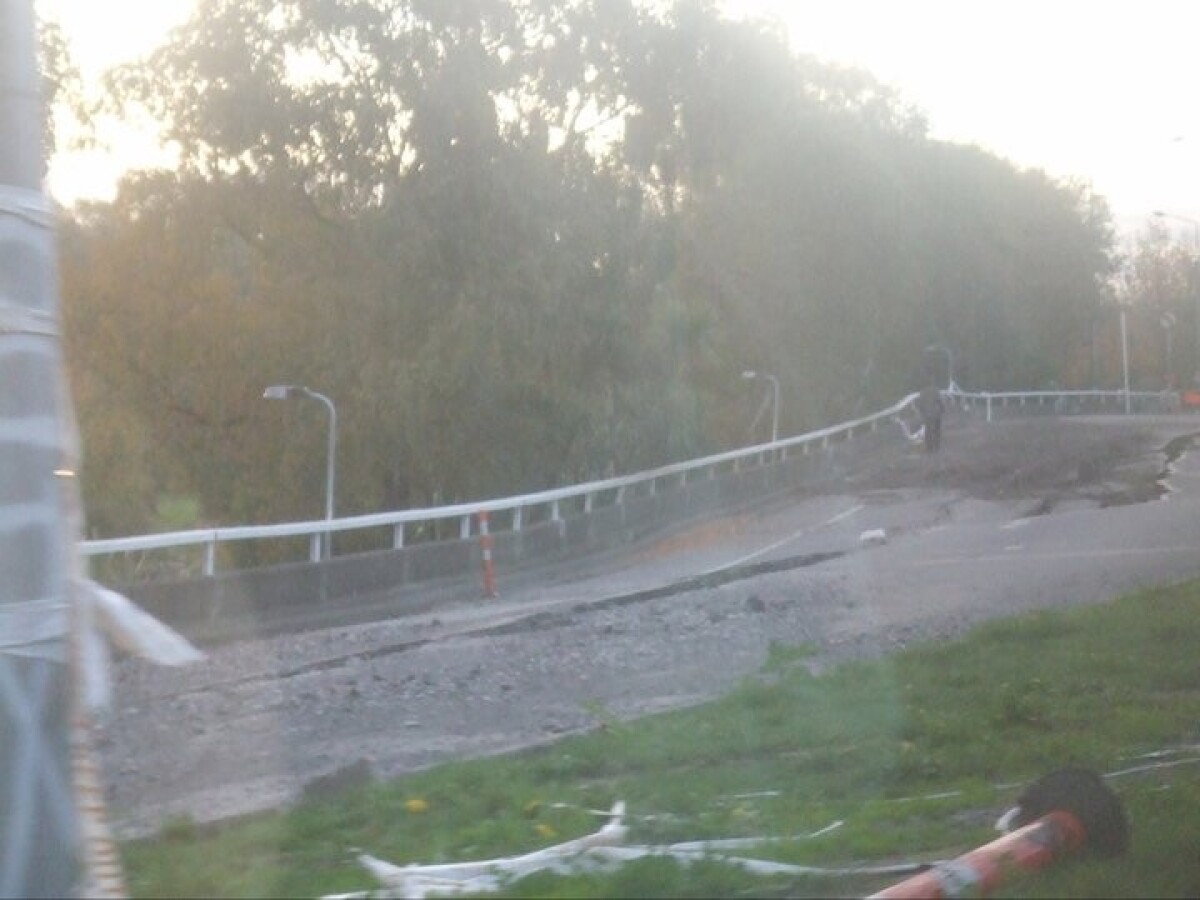 Earthquake damaged road on Fitzgerald Avenue beside the Avon River in Richmond.