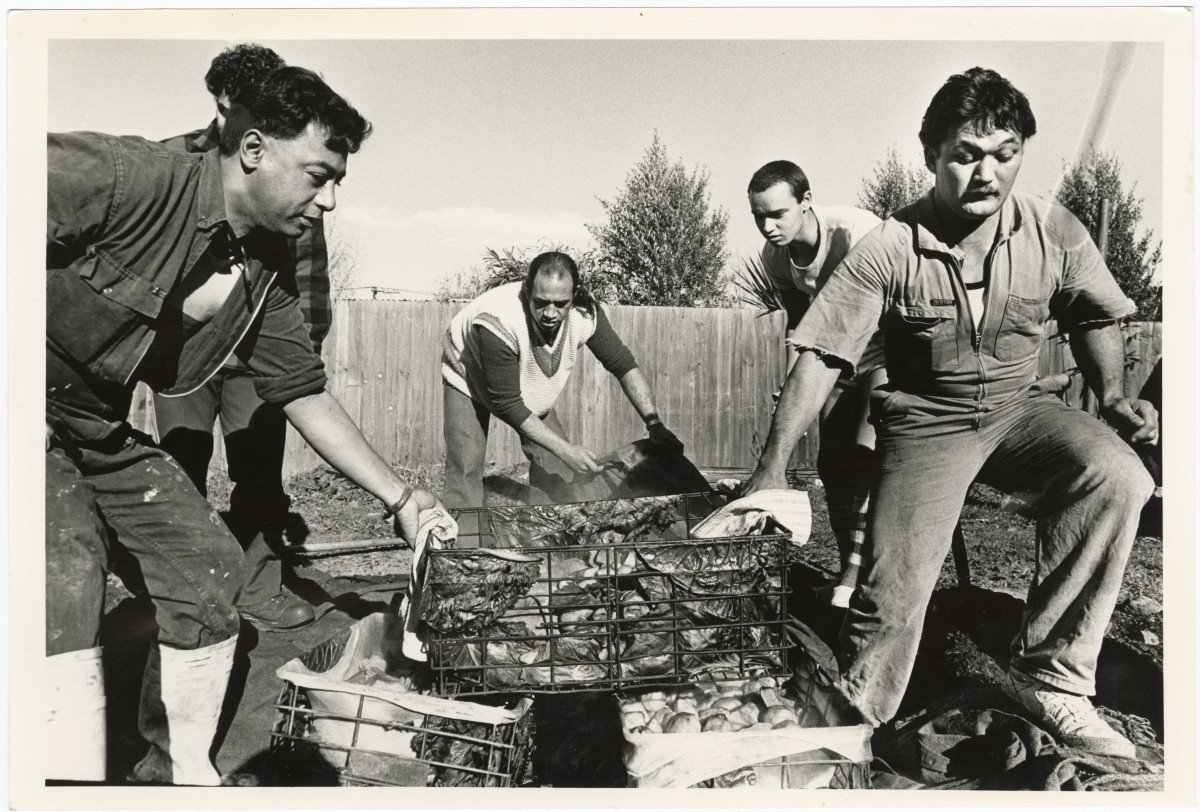 Peter Karawana (left) and Joseph Hokiaanga with help lifting a basket of hot food out of a hāngi at an event for representatives of the Labour Department and Access programme at Rehua Marae.