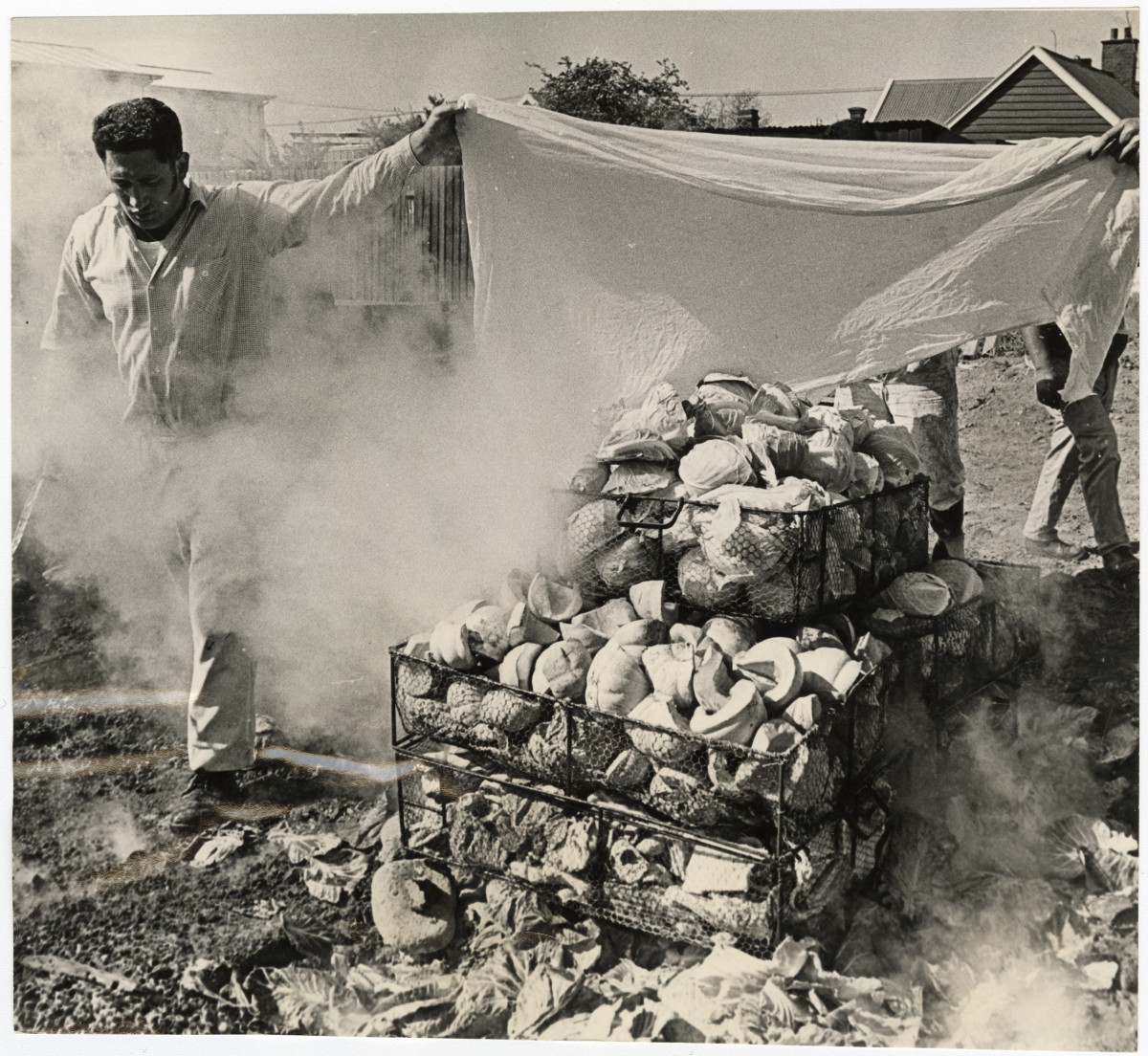 Baskets of cabbages and pumpkins for a hāngi being prepared for attendees of the Māori Boys' Hostel annual fair.