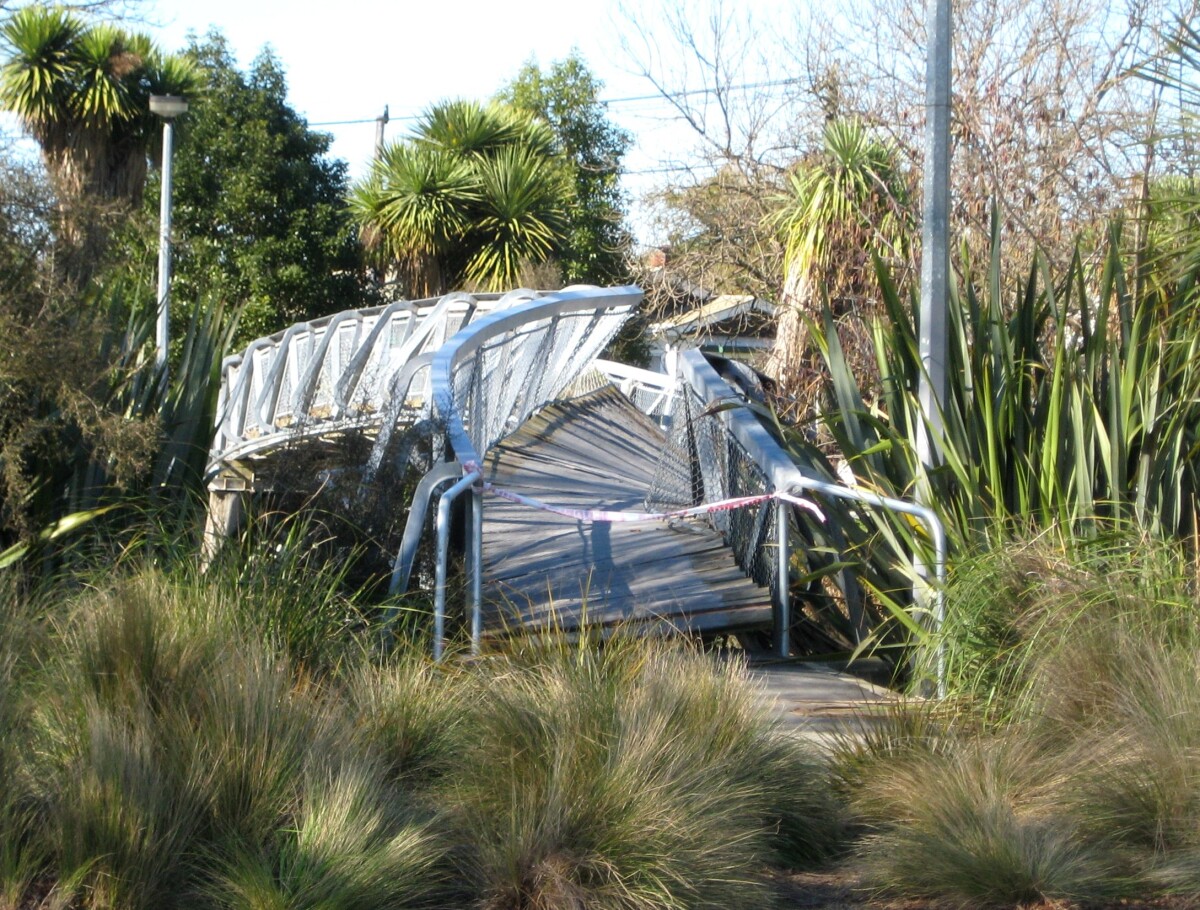 Medway Street footbridge over the Avon, viewed from River Road. on the day of the Greendale 7.1 quake Part of this bridge can now be seen on the bank on the other side of the river (Avonside) alongside an information board.