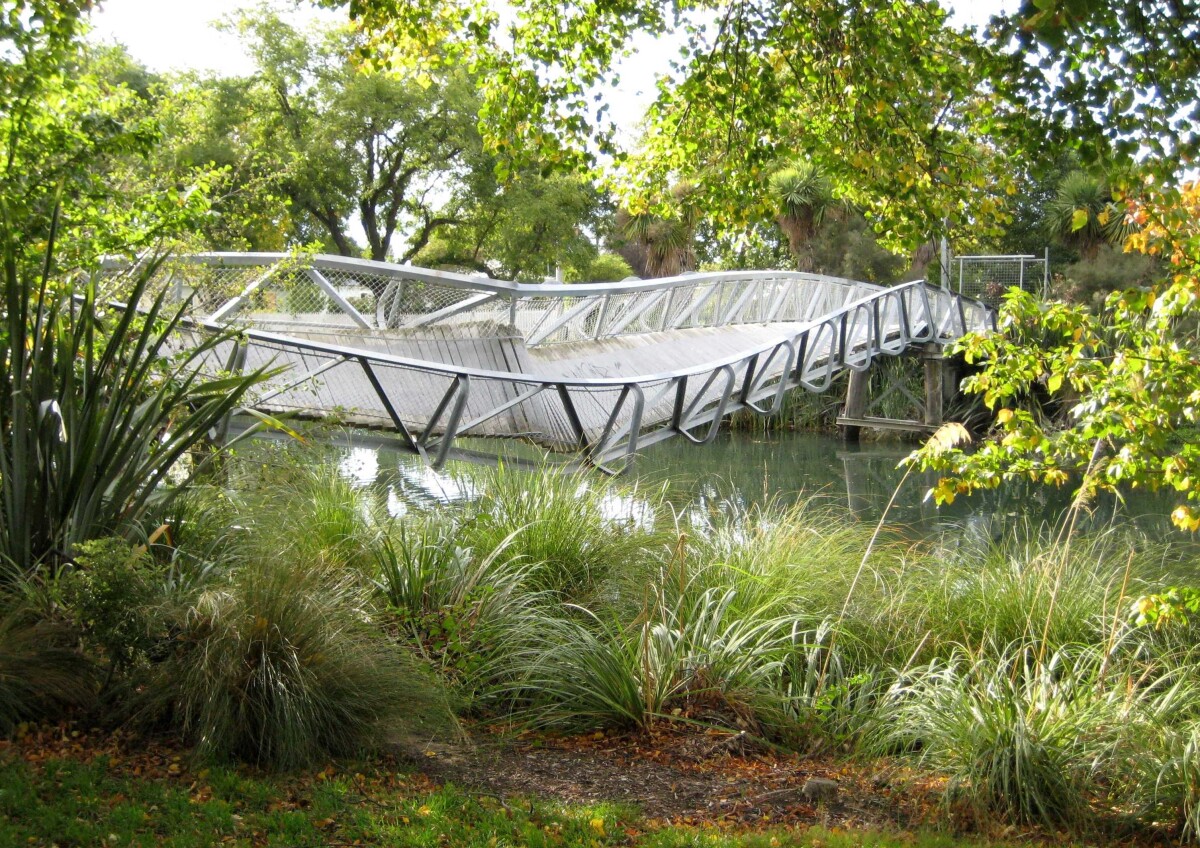 This photograph, taken from River Road, shows the earthquake damage after hundreds of earthquakes.